Movies can make us laugh, cry, think and most of all they can make us feel. It’s no secret that we learn all kinds of things from movies. From history to geography, to all about different cultures and customs. Not only do we learn all kinds of intellectual things from watching a movie, they can also be extremely beneficial to our mental health as well.

The movies we watch have the power to lift our spirits, inspire us and make us feel hopeful.

Lets look at five movies to watch when you have a broken heart.

So, you’ve just been dumped – hurts, doesn’t it? Bet it came as a surprise too? One moment you were planning out the rest of your life together. You were thinking about how many kids you’d have, what you’d name them and where you’d live and everything in between. Then the very next minute you were a solo act.

Getting over a broken heart is not easy. It’s not exactly like you can go to the doctor and tell them that somebody ripped your heart out of your chest and stomped on it… Sadly, there isn’t a prescription for a broken heart.

But luckily you don’t need a prescription to lay in bed all weekend watching movies (which does help).

So, for your heartbroken pleasure we’ve complied a list of five movies guaranteed to lift your spirits in the aftermath of a break up. 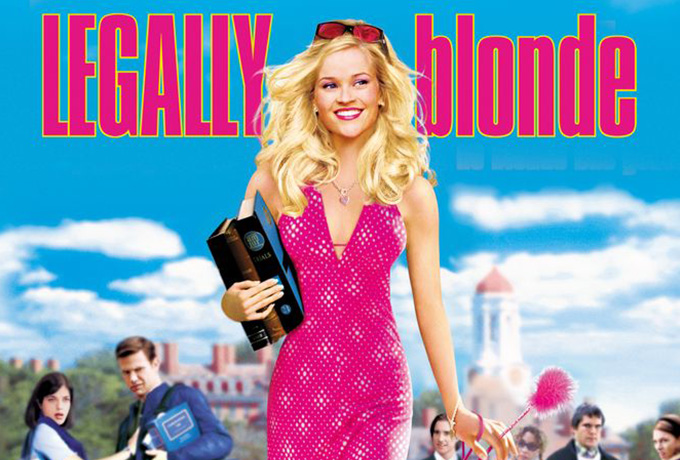 Elle Woods has it all. She’s the president of her sorority, a Hawaiian Tropic girl, Miss June in her campus calendar, and, above all, a natural blonde. She dates the cutest fraternity boy on campus and wants nothing more than to be Mrs. Warner Huntington III. But, there’s just one thing stopping Warner from popping the question: Elle is too blonde.

Growing up across the street from Aaron Spelling might mean something in LA, but nothing to Warner’s East-Coast blue blood family. So, when Warner packs up for Harvard Law and reunites with an old sweetheart from prep school, Elle rallies all her resources and gets into Harvard, determined to win him back. But law school is a far cry from the comforts of her poolside and the mall. Elle must wage the battle of her life, for her guy, for herself and for all the blondes who suffer endless indignities every day.

Legally Blonde is so awesome because it shows that even though you’ve just been dumped by your boyfriend for being ‘too blonde’ AKA: dumb, you can go to Harvard Law, succeed there and show him what a terrible, terrible mistake he’s made. While at Harvard, Elle learns that for her to succeed in life she doesn’t need a man, what she needs is to be herself. Having a significant other doesn’t define her, it’s her that defines her. Elle takes this awful situation and makes the most out of it figuring out along the way that there’s more to her than just looks.

When Elle realises that in the eyes of Warner (the jerk she’s trying to win back) that she is never going to be good enough. It’s at that moment that the audience shift from wanting her to win him back to wanting Elle to kick him to the curb, and be the best lawyer Harvard has ever produced. 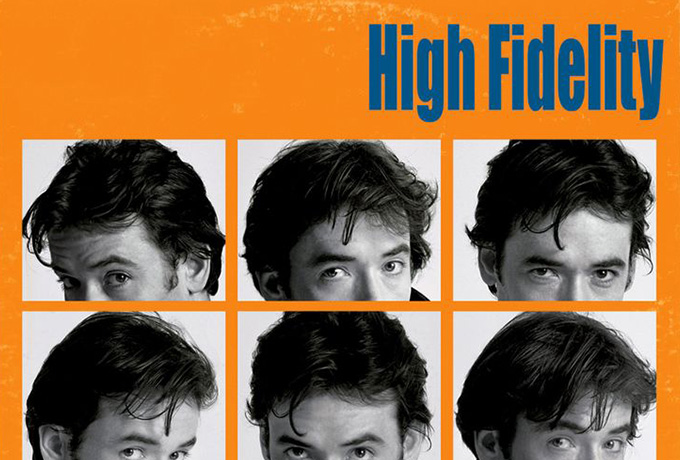 In a biting romantic comedy, Rob Gordon is the owner of a semi-failing record store in Chicago, where he sells music the old-fashioned way – on vinyl. He’s a self-professed music junkie who spends his days at Championship Vinyl with his two employees, Dick and Barry. Although they have an encyclopedic knowledge of pop music and are consumed with the music scene, it’s of no help to Rob, whose needle skips the love groove when his long-time girlfriend, Laura, walks out on him. As he examines his failed attempts at romance and happiness, the process finds him being dragged, kicking and screaming, into adulthood.

First up, the music snobbery in this film is awesome. If you’re going through a break up and happen to love music, this is the go to movie. Rob recounting his top five break ups of all time so he can understand what’s going wrong with his current relationship, reminds us that love is sometimes messy, it’s sometimes bleak and funny and complicated and can sometimes have a rocking soundtrack. What’s really interesting about High Fidelity is its exploration of Rob’s past relationships and how he examines what went wrong. Initially, his recollection of why those past relationships failed are completely incorrect now that he’s looking back on them through the lens of time and experience and maturity (although in the case of Rob, maturity is subjective). It’s a really fun movie about what we learn from past relationships and how we can apply them in the future.

Breakups are tough. We want to scream, and yell, and throw tantrums and we know we shouldn’t. But that doesn’t mean we can’t take satisfaction in seeing Rob do exactly those things as we live through his breakups for 90 minutes. He gives us the opportunity to throw a tantrum without the consequences. 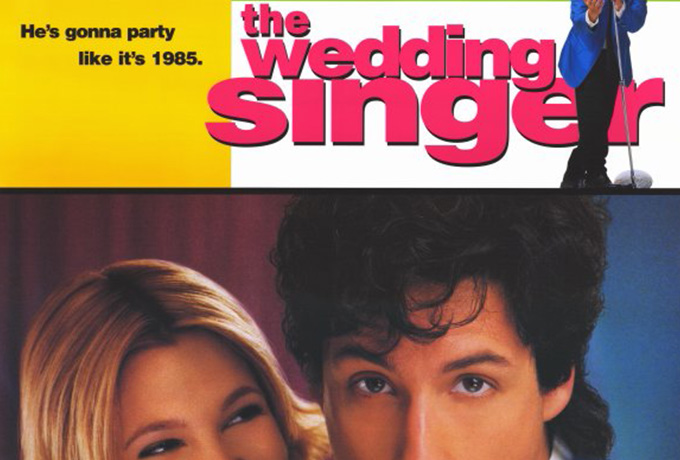 Mousse up your hair and pull your Missing Persons records out of mothballs for this romantic comedy set in that era of questionable fashion decisions, the ’80s. Robbie Hart is singing the hits of the decade at weddings and other celebrations. He can also keep the party going in good spirits, he knows what to say and when to say it. Julia is a waitress at the events where Robbie performs. When both find someone to marry and prepare for their weddings, it becomes clear that they’ve chosen the wrong partners.

How can Adam Sandler singing the saddest love songs at a wedding just after his fiancé has dumped him not make you laugh? Sometimes, when things are dark and we’re curled up on the couch under a blanket all we need is to laugh, and The Wedding Singer is has the ability to make anyone laugh no matter how hard their heart has broken. The Wedding Singer is all about trying to find that one true love. That might mean you need to try out a couple of duds in the meantime.

One of the standout aspects of The Wedding Singer is the support network Robbie has to help him overcome the breakup. There’s his sister and her family, his best friend and not to mention Julia who eventually he falls for. If it wasn’t this support group pulling together to help Robbie, the whole movie would be just Adam Sandler singing sad songs… still funny, but not much of a movie. 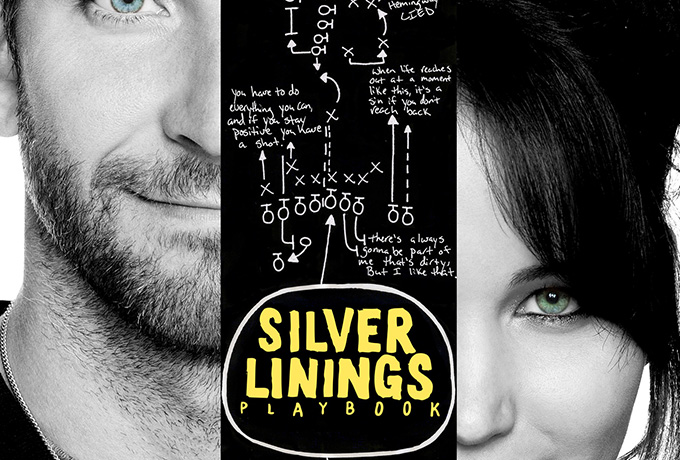 Life doesn’t always go according to plan. Pat Solatano has lost everything — his house, his job, and his wife. He now finds himself living back with his mother and father after spending eight months in a state institution on a plea bargain. Pat is determined to rebuild his life, remain positive and reunite with his wife, despite the challenging circumstances of their separation. All Pat’s parents want is for him to get back on his feet and to share their family’s obsession with the Philadelphia Eagles football team.

When Pat meets Tiffany, a mysterious girl with problems of her own, things get complicated. Tiffany offers to help Pat reconnect with his wife, but only if he’ll do something very important for her in return. As their deal plays out, an unexpected bond begins to form between them, and silver linings appear in both of their lives.

It’s simply a beautiful story that’s funny and hopeful and sad and if you’re going through a breakup will be all too familiar. You’ve got Pat who’s all messed up over losing his wife, then there’s Tiffany who’s all messed up over losing her husband and the pair of them gravitate together to try and navigate their messed-up worlds together. In short, the movie reminds us that it’s okay to be messed up.

The really good break ups, the ones that rip out your heart and leave it on the floor take time to get over. Pat’s journey to recover from the breakup of his marriage takes time and it’s not easy for him. The Silver Lining’s Playbook reminds us that it takes time to grieve the end of a relationship and that’s okay. 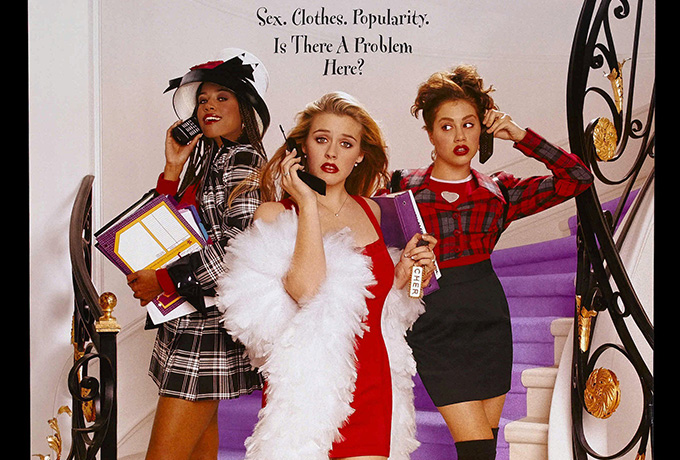 Cher is rich, pretty, blonde, popular and knows how to talk anyone into doing just about anything. When she can’t get a teacher to give her a better grade, she and her friend Dion match him up with another teacher to make him happier… and maybe reduce his expectations. When a girl named Tai transfers to Cher’s school, she and Dion give her a makeover and attempt to find her a boyfriend. Cher soon realizes that she wants a boyfriend herself, but no one seems right. She goes through a spiritual makeover and realizes that there’s more to life than clothes and popularity before she finds the boy of her dreams.

Okay, so this is not technically a “break up” movie it does centre around Cher’s search for love. No matter what, through the ups and downs of choosing the right outfits, going to parties in the valley and learning to drive, Cher remains infectiously positive. This is a great movie to just have playing in the background while packing up your ex’s stuff.

On the surface Cher may appear superficial with the awesome wardrobe and popularity but deep down she not only genuinely wants to help people, but actually does help people. The lesson here is no matter how down you are, reach out and help someone because you never know, they may need help more than you.

If you’re ever feeling down and out over a breakup, just remember, all you need is a little help from your video collection.

If you or someone you know is struggling and want to speak to a professional counsellor, SuicideLine Victoria is available 24/7.

Sleep is an essential biological process that has been observed in almost all animals. Quality sleep is also crucial to good mental health.

The study of sleep science has been around for hundreds of years. Even so, you don’t need to be a scientist to appreciate the mental health benefits of sleep.

It feels like everyone is celebrating this party season, but you’re feeling stressed worrying about where to go and who with… maybe you are experiencing FOMO! ‘Fear Of Missing Out’, whilst not a new concept, is a recently coined acronym, largely influenced by social media sharing behaviour… seeing what our friends are up to without us! See how you can avoid FOMO this New Year’s Eve.